Royal Flush is an electro-mechanical pinball machine from April 1976, manufactured by Gottlieb. The machine was designed by Ed Krynski, with artwork by Gordon Morison.

The object of the game is to first get the three jokers (red, green, white). Each joker scored will increase the value of a downed drop target by 1000 points (for a maximum of 4000 per target). Then the object is to get each of the card hands for extra bonus points. At the end of the ball, the game “scans” the downed drop targets looking for Kings or Jacks (one pair), Kings and Jack (two pairs), three Queens, Full House (Queens and Jacks or Kings), or a Royal Flush (hearts). Bonus points are awarded based on this. There is also a kickout hole that will collect 1000 to 4000 points, based on the number of Jokers that are scored. In addition if all three Jokers are scored, the kickout hole lights to score Special (replay).

Pop by any time and let’s give it a go! 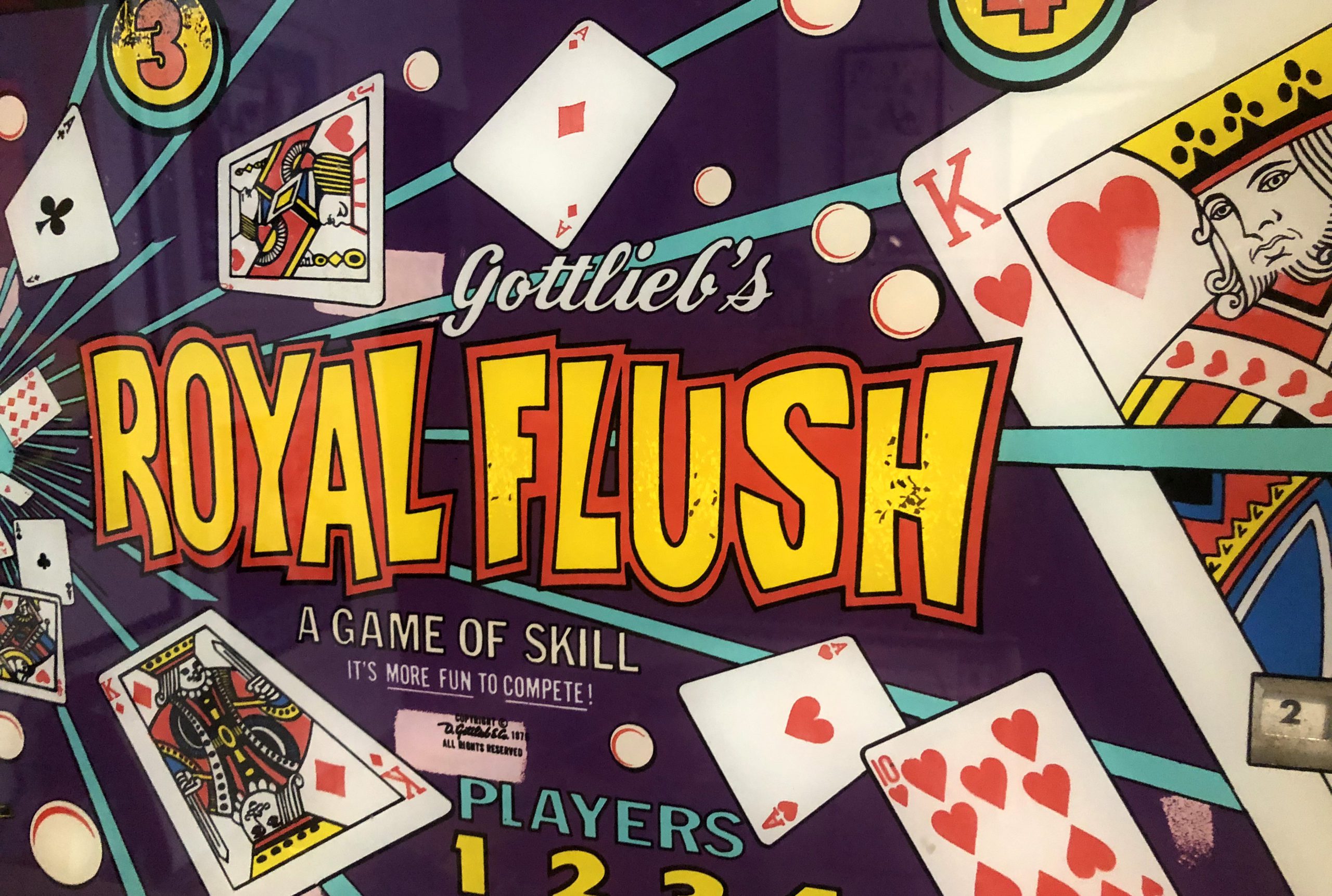 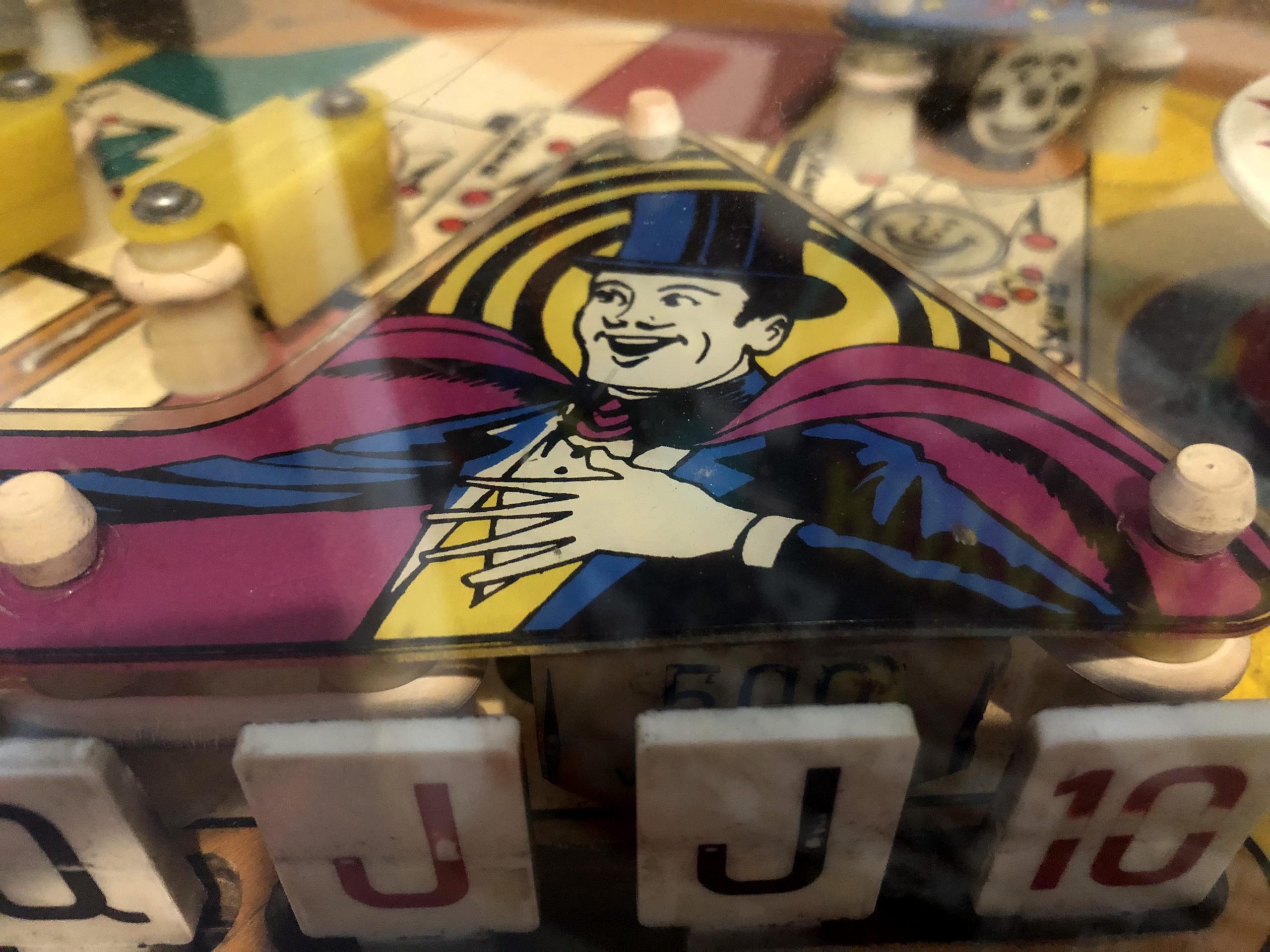 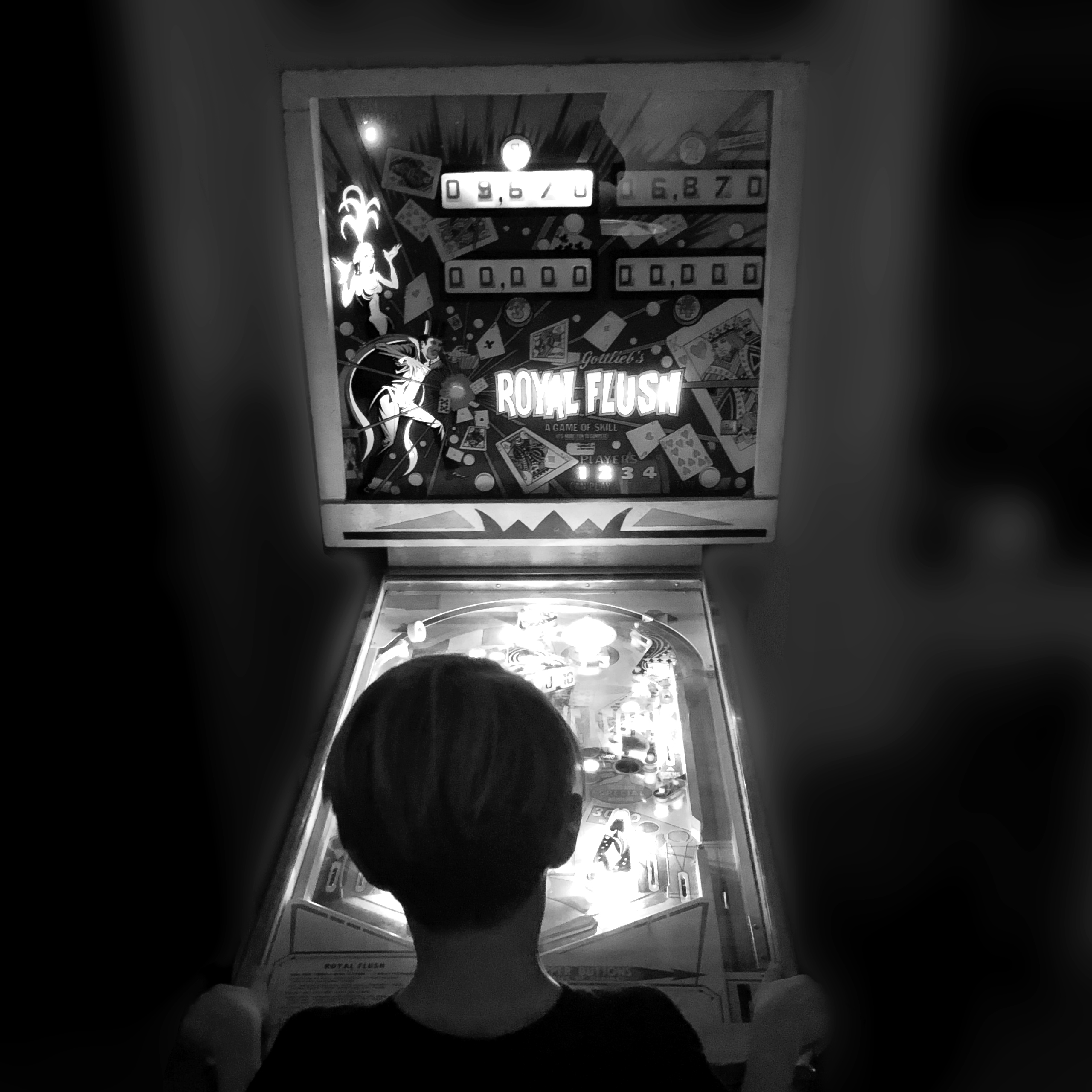 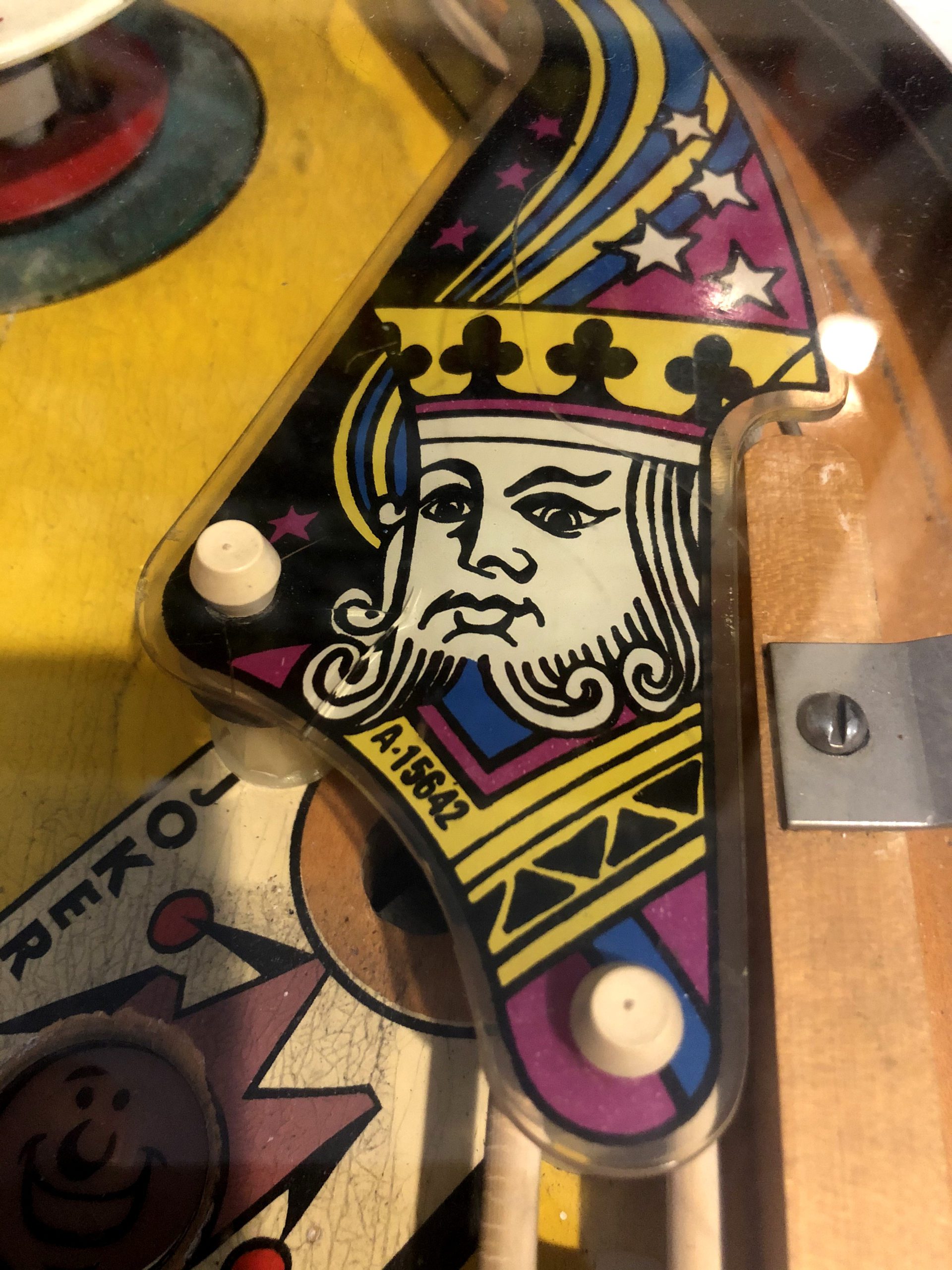 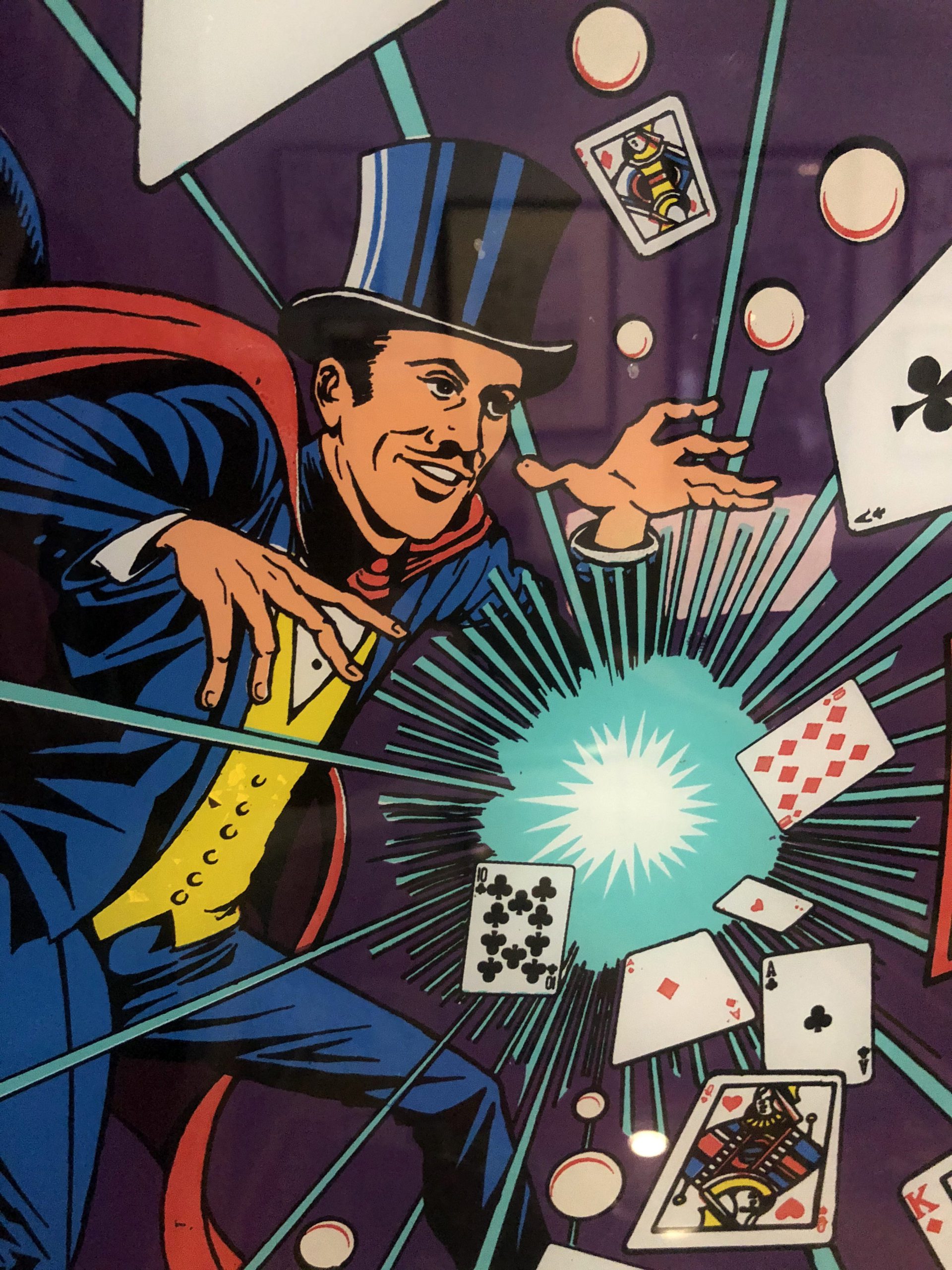 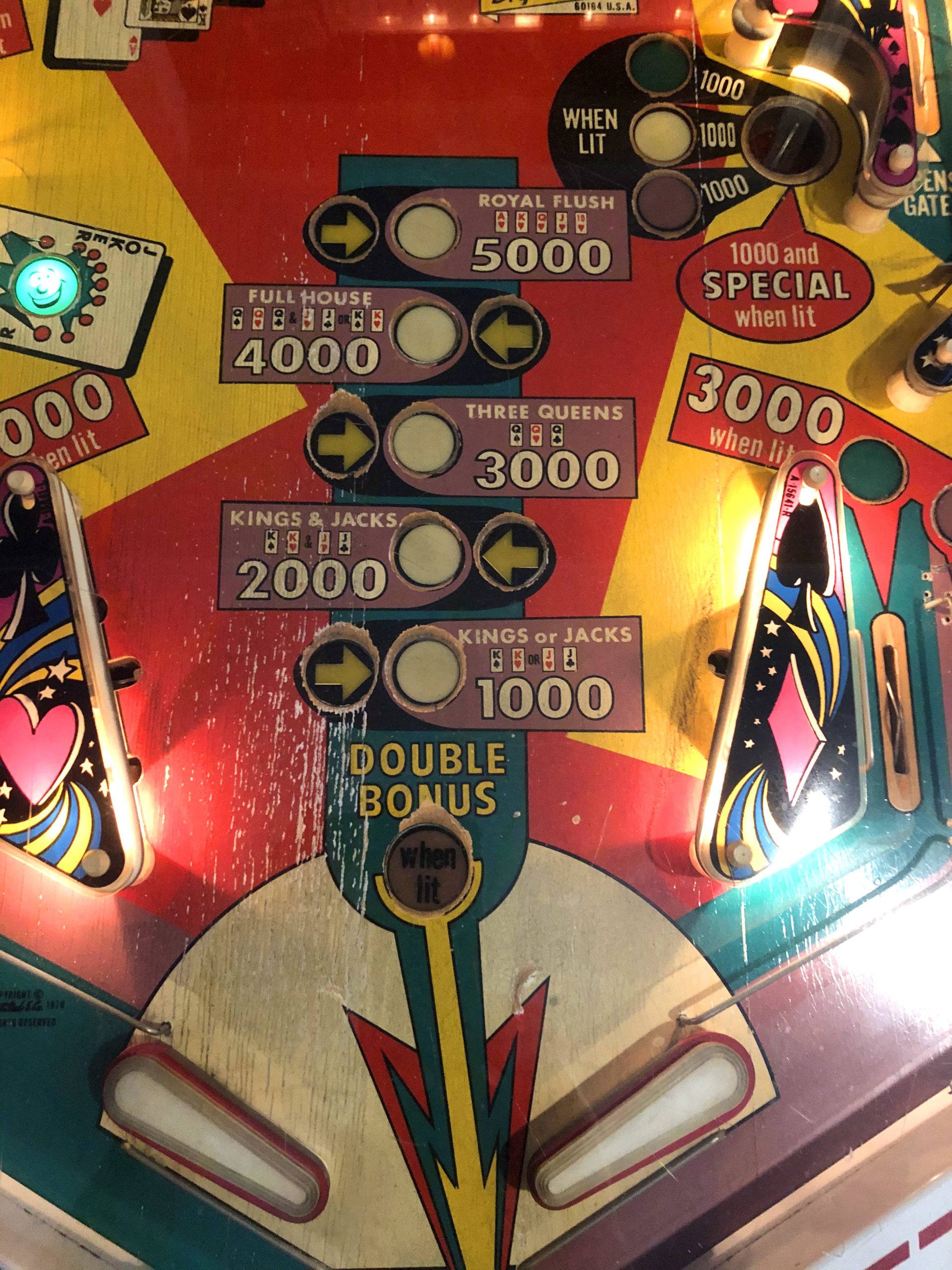